Razzamataz Theatre Schools was launched in 2000 and achieved national recognition in 2007 after a memorable appearance on BBC’s Dragons’ Den, winning the investment from Duncan Bannatyne.

Razzamataz Theatre School in Leeds puts its students at the heart of everything it does. We provide performing arts training for children and young people. Your child will greatly benefit from access to some of the most talented professional performers through our classes and specialist workshops.

At Razzamataz Theatre School Leeds we use theatre arts within small class sizes to nurture a child’s confidence and self-esteem, all the time making sure every student has a lot of fun whilst they are learning new skills and making new friends.

Contact us NOW to book a fun, exciting FREE taster class – places are limited but we will have taster classes in July.  Don’t delay and risk missing out on a place!

We are very pleased to introduce our patron of Razzamataz Leeds – LUKE BAYER.

Yorkshireman Luke has been making a big name for himself in London’s West End with outstanding performances as Alternate Jamie in the Original West End Cast of ‘Everybody’s Talking About Jamie’. During Jamie, he performed as Jamie on Children in Need, at West End Live 2018, and at Pride in London. He also won a BroadwayWorld Award for his performance as Jamie. He is also featured on the Original Cast Album.

Luke has recently appeared as Robbie in ‘Soho Cinders’ (Charing Cross Theatre) and as Man 2 in ‘FIVER’ (Southwark Playhouse) for which he won a West End Wilma Award. He also recently performed in new Musical ‘Tyrell’ at MT Fest at The Turbine Theatre.
Prior to this he has appeared in ‘Yank! The Musical’ (European Premiere), toured China with The 12 Tenors, made it to the final 6 boys on X Factor 2007 and appeared in the 20th Anniversary of ‘Les Miserables’ in the West End. Luke has recently performed four sold out Solo Concerts at the Zedel in London. He has previously sung in Concert with Shoshana Bean, Natalie Weiss and Scott Alan. Luke played the lead ‘Marc Hall’ in ‘Prom Queen The Musical’ in a workshop showing at The Other Palace last year and has appeared in the Workshop showing of ‘But I’m a Cheerleader’ at The Other Palace as part of Paul Taylor Mill’s MT Fest. He also performed his own Solo Show as part of the MTFest NightCaps season. In 2019 he performed in ‘Main Men of Musicals’, and played Jesus in ‘Godspell’, both at Cadogan Hall. He also appeared in Season 3 of the Channel 4 TV Show ‘Ackley Bridge’.
Luke is delighted to be joining our Razz Leeds family – he recently joined our Senior students for an online workshop but make sure that you watch out for more news of this exciting new patronage!

Stars of TV and Theatre, Wendi Peters and Shaun Williamson, are also Patrons at Razzamataz Theatre School Leeds and both very keen to support us and endorse everything we deliver. 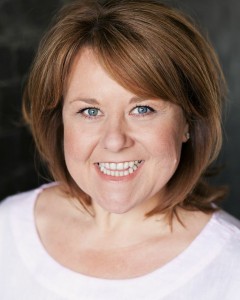 Wendi (left), known to many for her television role as Coronation Street’s Cilla Battersby-Brown, says  “I’m so thrilled to be a patron of such a wonderful theatre school which has great singing, dancing and acting classes. But at Razzamataz Leeds it’s also all about building confidence in the children and making sure they have a fabulous time.
With Jude and Phil at the helm, and their many years of theatrical and child teaching experience, the children are certain to thrive.
I look forward to hearing and seeing the kids progress over the next few terms but the main thing is that they have fun !!!”

Shaun, from BBC Television’s “Eastenders”, “Extras” and many more, met up with Principals Jude and Phil (right) and expressed his real delight at taking on the mantle of Patron for the School. He visits the School whenever he is working in the area.

“Jude and Phil are exactly the right people to head the Razzamataz Leeds School and I can only say how proud I am to have the role of Patron”, he said. “Being a school that actually cares about the children first is a terrific ethos. I just know they will be nurturing the talents and skills of some fine young people of Leeds over the years to come.

So come and join the Razzamataz Theatre School Leeds family to experience a range of styles from classic West End musical theatre to funky authentic street dance and pop singing. There are always lots of opportunities to perform for both boys and girls, from local theatres and festivals to the glittering lights of London’s West End stage.

Did you know that we're award winning?